April 6, 2015, Oregon City, Ore. - The 23rd Annual Fisherman's Marine & Outdoor Spring Fishing Classic was held April 4th in Portland, Oregon, drawing nearly 250 participants to the Columbia River and its tributaries to celebrate the return of the Spring Chinook Salmon.  The event was a record success, raising a significant amount to protect sportfishing opportunity and fish conservation!  The evening of April 3rd, over eighty enthusiastic team captains checked in at Delta Park Fisherman's for the derby, receiving their t-shirts and team bags.  Weigh master Don Swartz was on hand to discuss the rules of the derby, while captains compared notes on where to fish. 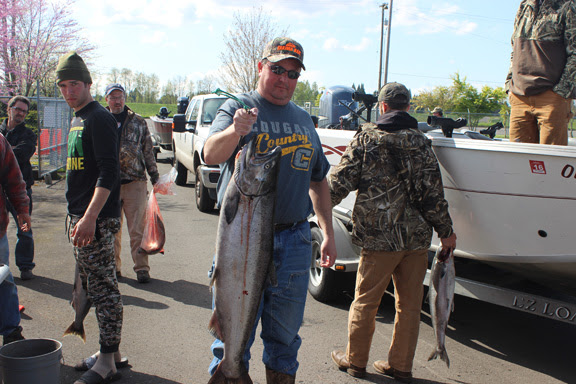 The big fish winner of the $500 check sponsored by D&G Bait was Toby Mix, with a whopping 22.65 pounder Spring Chinook! 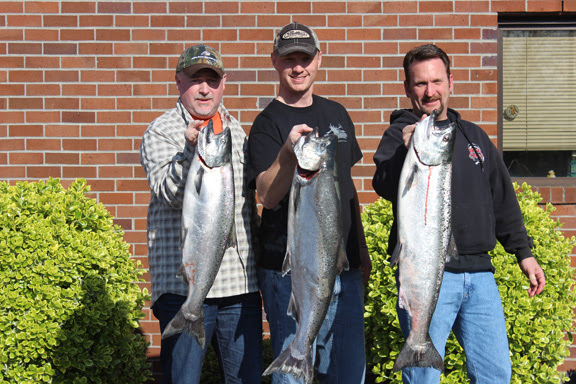 The second place team brought in 42.05 pounds of fish and was captained by Cameron Black.  The crew included Tom Posey and Josh Cooper.  They were winners of Lamiglas HS 106 HC Rods and Daiwa Reels.

Lots of door prizes were given away including everything from Frabill Steelhead nets, Stansport folding tables, to crab traps.

At the conclusion of the celebration, the Willie Boat raffle ticket was drawn. The winning ticket number is 2671, sold at the Oregon City Fisherman's store. Congratulations to the big winner on their brand new Willie Boat!

The 23rd Annual Fisherman's Marine & Outdoor Spring Fishing Classic was a great success, and there was a lot of fun to be had by all.  Thank you to all our sponsors, donators, teams and volunteers who participate in order to be a part of the solution, recognizing the need to protect our sportfishing culture and economy.  See you next year!

Added to your cart: